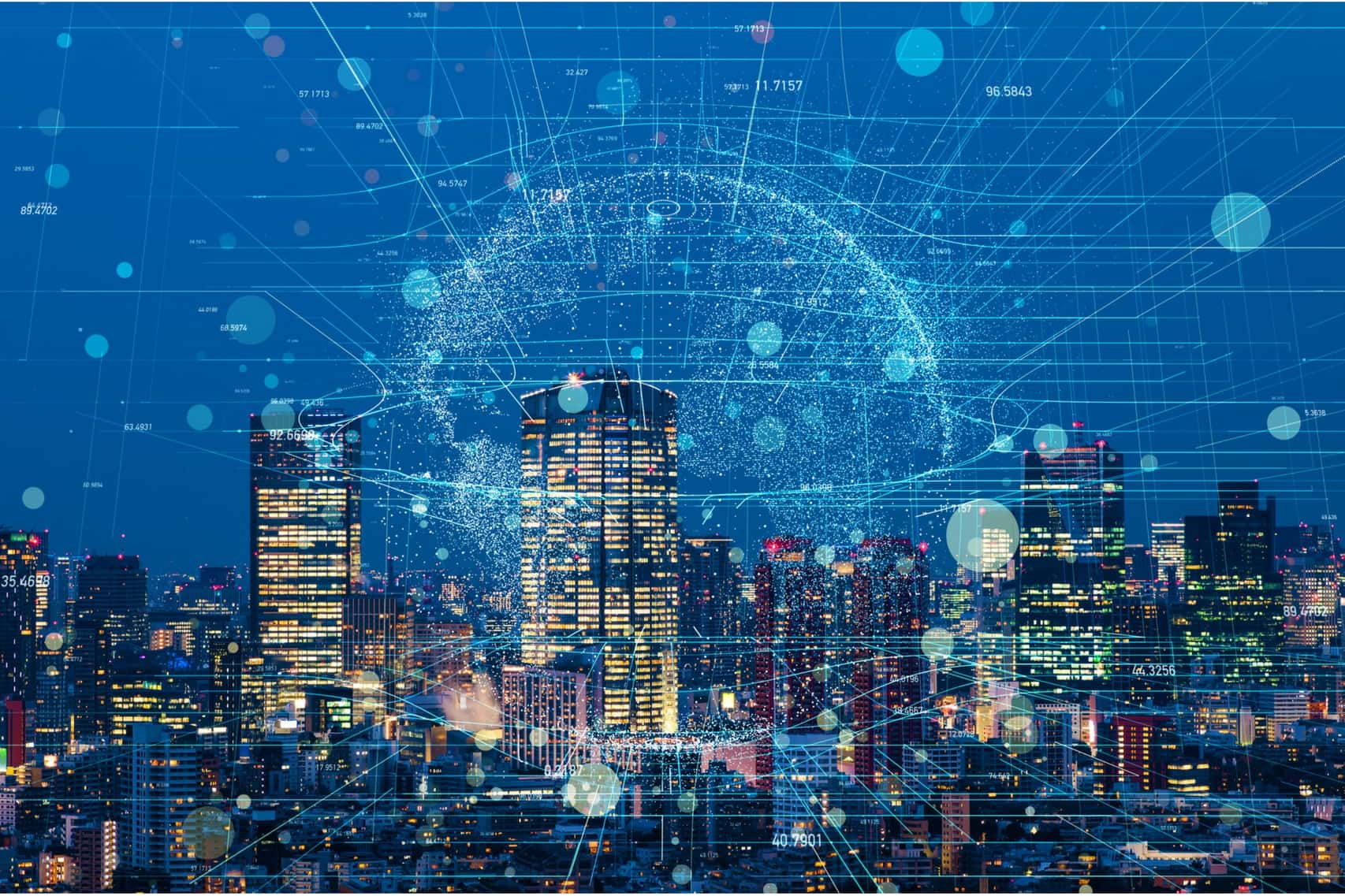 Blockchain, the technology behind Bitcoin cryptocurrency, is currently one of the most cited developments in digital intelligence and future technologies, alongside artificial intelligence, 3D printing and virtual reality.

Especially through the association with Bitcoin the understanding usually goes so far that there is a dramatic change for the financial industry. But why should this technology affect the real estate industry? Especially when a sustained good economic situation favors this industry — and that the fact that digitalization has so far been slow to drive forward has not damaged the good results. However, there are good reasons why this technology can be the catalyst for some profound changes.

Blockchains are specialized databases that can manage transactional data without a centralized controller, without the need for mutual trust between the parties and with complete transparency.


This results in three particularly interesting features of Blockchain technology:

Distributed is of interest because distributed data architecture avoids the single point of failure and makes the system extremely resistant.

Unchangeable is a property that did not exist in the digital world so far. No matter how secure a database is, there is still a ‘super admin’ who can change or even delete an entry. That’s not the case with Blockchain. Everything that was once stored there is deposited there forever. With this blockchain information can be traced back completely and its accuracy can be ensured.

Technically, data is stored linearly in individual ‘blocks’. Between the blocks, a cryptographic checksum creates a link (chain) that can not be changed, thus keeping the data of the blocks in the chain secure.

A restriction, however, still needs to be mentioned. If more than 50 percent of the nodes of the entire distributed network are adopted at the same time. Theoretically changes can be made to a blockchain. Because who controls the majority of the network can vote on which blocks are validated. However, the effort for this process is so enormous that it is considered impossible that this can happen.

No middleman is required. The system takes over the verification of the transaction, confirms that the values to be transferred exist and are not duplicated and stores them in a block. This completes the transaction. No institution has to mediate as a trusting partner between suspicious traders.

The opportunity and challenge now lie in how these new technical opportunities can be used in a complex industry such as the real estate industry — knowing, for example, that the role of the middle man is quite a tried and tested occupational image in the industry. Due to the complexity and the associated lack of transparency, many real estate transactions cannot be realized without helpful middlemen.

But there are also many artificially created fractures that make it unnecessarily complex and complicated to implement real estate projects efficiently. For example, this may be real estate data, which each contractor researches for itself before a transaction, because one simply does not trust the information of the other party.

This is exactly where Blockchain technology can help us. Based on powerful cryptographic processes, this enables the recording of the transaction history and has the potential to significantly reduce transaction costs and increase transparency. By creating transparency and sharing data without losing control or rights to that data, complexity is reduced and focus is placed on creating value tightened regulatory requirements and number of interdependencies between the actors — the barriers to real estate transactions are huge. The amount of information to be checked, be it from completed or planned deals, is enormous. Even with the help of modern data processing technologies, this is a considerable time and cost associated — but could be reduced through the blockchain technology.

Although the technology promises much, real estate businesses in the coming years will not be dominated by blockchain-based applications. First and foremost, Blockchain initially offers an evolutionary improvement for existing processes, and there will be a significant shift in the workload from which many tasks are increasingly taken over by algorithms. The challenge for real estate companies will be to create more control over these operational processes.

Transactions — The Core of a Blockchain

The fact that the blockchain is actually updated and the information stored in it is validated in this way is due to the so-called miners, who can also be understood as accountants of the blockchain. The miners compete against each other worldwide to check the new information and validate it by solving a complex math problem. Once this so-called “proof of work” has been done, the miner who first provided the proof of work receives a reward, eg a payment. The miners thus ensure that the blockchain is updated at short notice like a digital heartbeat.

This added yet the somewhat technical definition of Blockchain is illustrated in the following sections.

Transfers in Real Time and Peer-to-Peer

Imagine, you could make a real estate deal between Anna and Lisa as shown in the representation:

Our first transaction is Lisa’s home sale to Anna, which is verified by Lisa’s Private Key. Then Anna sells the same property to Tom. The process begins again and is finally verified by Anna’s signature.

Blockchain — The Basis for the Technology of the Day After Tomorrow

This example shows that blockchain not only allows you to make payments, but also validates values such as property rights, personal information, or any other data. The elimination of intermediaries is a key feature of the blockchain and at the same time allows a transformation of the Internet of data to an Internet of values. All information and values of whatever kind — intellectual property, contracts, ownership assignments and much more — can be stored and verified digitally on countless computers worldwide with the highest level of encryption using Blockchain.

More than just money: how smart contracts could change the real estate industry

And even contracts themselves can be closed as so-called “Smart Contracts” on the Blockchain and also handled. Smart contracts are intelligent contracts that can standardize and autonomously verify their compliance. This means that a contract can act automatically and independently check its conditions. The conclusion of a purchase contract for a blockchain also allows the apartment door to open only when the purchase price has been transferred. All this is — as with other Blockchain applications decentrally stored and managed.

Like any new technology, the blockchain brings with it challenges and opportunities. The real estate industry can benefit in particular from the achievements in the area of transactions. In particular, real estate management will be cheaper and less risky. The milestones still to be overcome are, above all, the legal standards and the changes to digital contracts, ie from text to code. Coping with the open legal issues could turn out to be the biggest challenge here. Data protection will also increasingly come into focus. 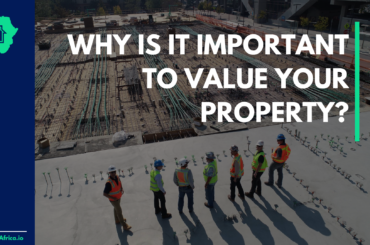 Why is it Important to Value your Property? 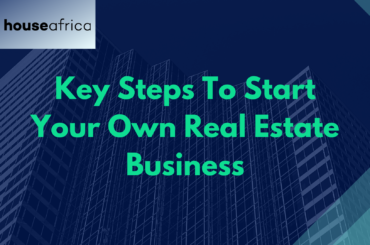 Key Steps To Start Your Own Real Estate Business 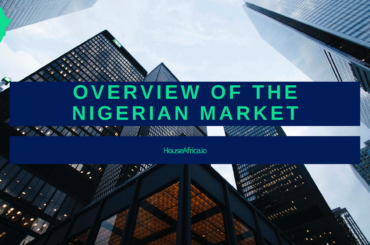 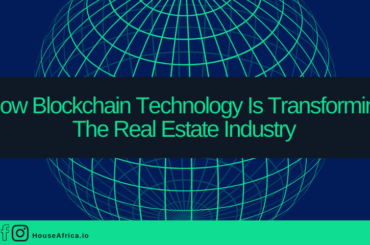 How Blockchain Technology Is Transforming The Real Estate Industry